Sam Luo
3D Artist
Animation Benedict Cumberbatch | Flying Squid
A contract project that I designed and developed original characters for. I also modified and adjusted existing models to extend their flexibility and use in-game. The knight character is a completely original piece I designed, modeled, and textured. He was then rigged, skinned, and set up for use with the Unity mechanim system to work with the client's existing animations. 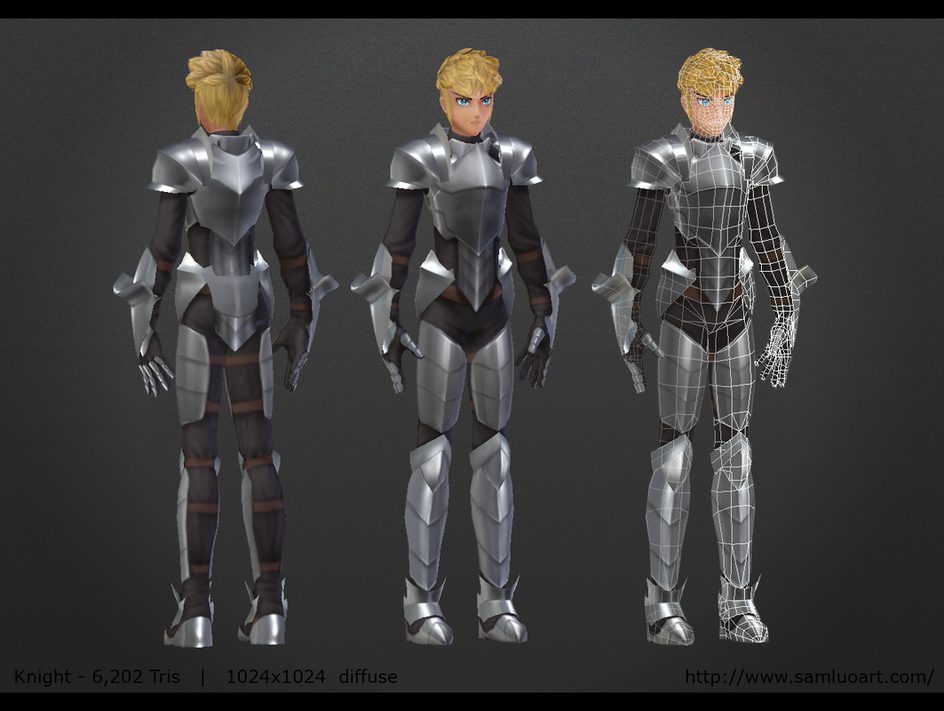 I also did extensions on the client's existing models. This is a rogue character that needed two extra tiers of armor for increasing stats, as well as texture recolors to indicate rarity, and effects.
On the left is the original model provided by the client, the basic armor set with common rarity. On the right are the two armor and weapon extensions I designed, modeled, and retextured to fit the original

While there are 3 tiers of armor, there are 3 types of armor defined by color. There is the base color, blue, then increasing in rarity: magic, runic, regal, and dragon.
​(Click to expand)